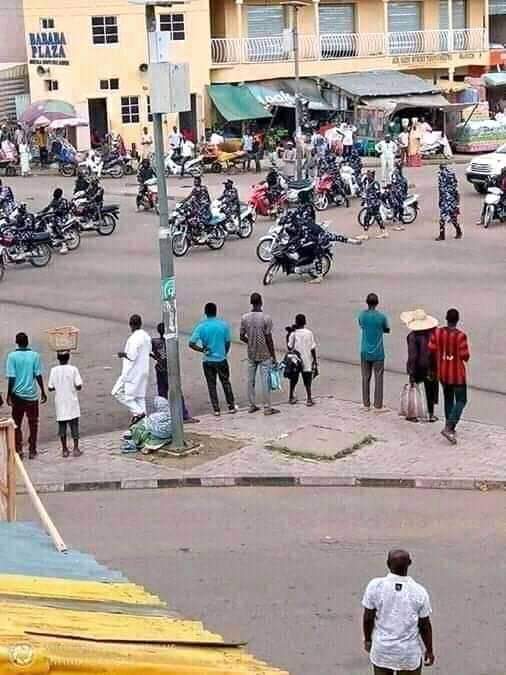 The Cobra Effect is a term in Economics. It refers to a situation when an attempted solution to a problem makes the problem worse.

The decision to ban Achaba by Bauchi state government in an attempt to improve the security of lives and properties was well-intentioned. As Governor Bala fears, the proliferation of Yan-Achaba who are banned from other states into Bauchi State is a very big threat to our security, hence, the need for governments’ decisive action. No sane government will allow an open security threat to emanate and escalate without taking necessary measures. However, certain unintended consequences that may lead to making the problem worst must be considered before rushing into action to avoid falling into the ditch of Cobra-Effect.

The term Cobra-Effect was coined based on an incident in old colonial India. By some reasons, there were too many venomous cobra snakes in Delhi. People were dying due to snake-bites and it became scary for almost everyone to step out of their houses. The government of the day had to get into action to stop this menace and it offered a silver coin for every dead cobra. The results were great, a large number of snakes were killed for the reward.

Eventually, however, it led to some serious unwanted consequences. After a short-term decrease in cobra population, it started going up again. This was because few people began to breed cobras for the income. When the news reached the government, the reward program was scrapped, causing the cobra breeders to set the now-worthless snakes free. As a result, the cobra population further increased. The solution for the problem made the situation even worse.

This is exactly what would happen to Bauchi State if the government sticks to its decision on Achaba ban. The Achaba will eventually disappear, but the security situation would be worse in the near future, because most of the Yan-Achaba are youths with no other means to make ends meet than Achaba. They have no certificates for white-collar-job, no capital for investment and no skill for craftsmanship. Taking Achaba away from them makes them completely hopeless and idle. What do they say about idle mine? Many of them will see no option than to join criminal rackets such as stealing, burglary, banditry, kidnapping, fraud, terrorism, kidnapping, and thuggery, etc.

Many businesses such as vulcanizers, mechanics, engine oil vendors, motorcycle and spare-parts suppliers tend to suffer huge loss. When Yan-Achaba lose their jobs, the already skyrocketed unemployment in the state would increase geometrically. The ugly labor market would get fatter and uglier, and the dependency ratio on the inconsistent salary would also multiply, hence, shooting the state’s poverty rate up. This depicts the potential insecurity the state is heading into.

There are also serious unwanted consequences of Achaba ban to the governor politically. The ban is tantamount to hatching thousands of enemies amongst citizens comprising Yan-Achaba and their sympathizers. Especially with the way police officers are maltreating and extorting Yan-achaba financially under his watch. It is a sophisticated political weapon for the oppositions to use against the governor and his political party. Pundits in the state view the decision as an anti-masses and widely unpopular policy. Many are saying government should not block peoples’ source of income without providing alternative.

Talking about alternative, Bauchi state governor promised to provide 500 Keke Napep (tricycles) for Yan-Achaba as substitute to their motorcycles, meanwhile only three-fifty keke Napep are provided, whereas there are more than five thousand Yan-Achaba in the state. This shows that Bauchi state has no resources or the governor has no political-will to provide substitute for even the registered Yan-Achaba talk less of those without register.

I recommend the reversal of this unpopular decision of total ban on Achaba across Bauchi state, because the Cobra-Effect would be devastating. His Excellency should put emphasis on compulsory registration and consistent tax payment by Yan-Achaba. This would secure the state from unwanted proliferation and would create additional income for the state and at the same time keep thousands of youths occupied.

The ban should be successive, starting from the state capital with the provision of enough substitute tricycles at an affordable soft loan. After successful abolishing of the practice in the capital, the ban could then be extended to the remaining parts of the state using similar substitution procedures to avoid unwanted consequences.

This may save Bauchi state from the mysterious Cobra-Effect of Achaba ban.

Propaganda is a weapon of itself by Aliyu Bashir Limanci

The situation in Ukraine has reminded me of how Bauchi Radio Corporation, in the early days of the Iraq War in 2002, flooded us with a smorgasbord of propaganda, telling us America was losing the war just because a handful of American soldiers were being killed. Our support for the Taliban, Osama Bn Laden skyrocketed, and Duniya Ina Labari became one of the most listened-to programs in Bauchi. We hated America so much we were always eager to listen to news that smoothened our emotions even if it was fake. America went on to not only install a pliant government but also continue to control the country even after its withdrawal.

But this time in Ukraine, the role of spreading disinformation and made-up analyses to mislead the gullible is being taken over by the likes of BBC, CNN, The Guardian, and the New York Times. The rationality is lost and emotion has taken over.

Don’t forget Russia is so powerful that America, the UK, France, Germany, and other NATO members are trying to avoid a conflict with it because the war cannot be won. Russia is ravaging Ukraine mercilessly, seizing large swaths of Ukrainian territories and placing major cities such as Mariupol, Kharkiv, Sumy, and Kyiv, the nation’s capital under total siege. But they are telling us Russia has lost over 9000 soldiers but Ukraine has lost just 1300. They are telling us Russia will be defeated because the Ukrainians have vowed to resist the Russian invaders. They are telling you the Russian military advances are stalled because the Ukrainians have surprised Russia with their resolve. Let me tell you if you don’t know, Ukraine is bigger than Germany and France put together, and three times the size of Iraq. Ukraine has a population of 42 million people, and Iraq has 20 million. The Number of active Russian soldiers fighting in Ukraine is around 190,000 according to the CIA’s intelligence, but America and its allies had deployed over 500,000 troops and it took them 6 weeks to take Baghdad. Russia is in its week three in Ukraine, and it is encircling Kyiv, the country that has twice the population of Iraq. But according to the West, Russia is facing losing the war. Despite vowing to resist, Zelensky is now willing to make concessions to the Kremlin and, as conditions for peace, agree to recognize Russia’s annexation of Crimea, and the independence of Donetsk and Luhansk People’s Republics. It is even highly likely that Zelensky would drop his NATO ambition.

Propaganda is a weapon of itself. 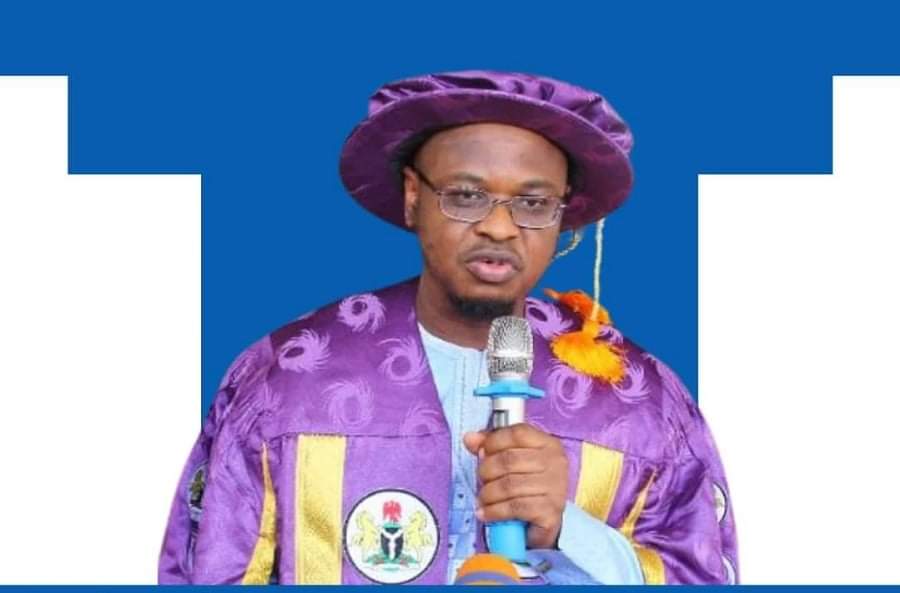 Pantami’s fraudfessorial propaganda minions have gone into an absurd rhetorical overdrive with ridiculously odious comparisons in their bid to justify the manifest fraud of his appointment as a FUTO “professor.”

Pantami was never employed by FUTO. Even FUTO itself was forced to clarify that he wasn’t “promoted” but “appointed” because you can’t promote someone who is not in your employ.

But let’s for now forget the fact that Pantami isn’t even minimally qualified to be a professor by FUTO’ own standards, you also can’t “appoint” a serving government minister for work he doesn’t perform. Professorship isn’t a chieftaincy title. It’s a job you actually perform.

By Nigerian federal laws, a government minister can’t take another appointment while in service. So appointing Pantami is a violation of the law for which both he and the crooked VC who appointed him should be fired if Nigeria were a functional country.

Why Kaura May not Win Reelection By Aliyu Bashir Limanci 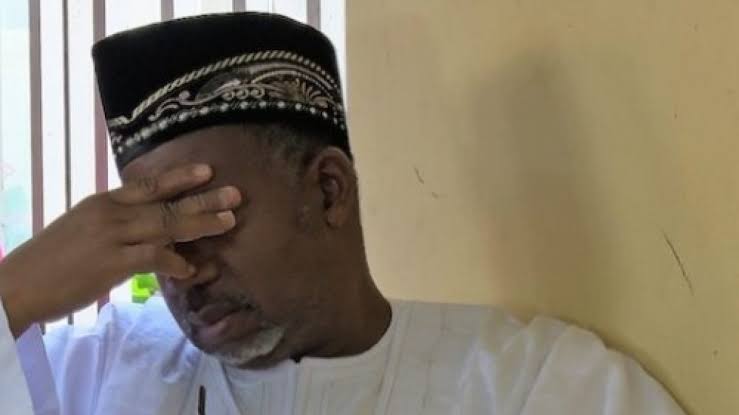 An adage has it that when a popular anger brought a new hand to effect changes, the expectation is high that any failure to depart from the old part taken by his predecessor could politically deal a hard if not a fatal blow to his political career. Looking at how the Bauchi State Governor, Bala Muhammad, has faired over the past two years, I have observed key factors that could spell doom to his reelection bid. I don’t think Kaura can survive the smouldering anger.

1. Nepotism: Kaura is notorious for creating an Aso Rock’s style of cabal in his government. Go to any nook and cranny of Bauchi and make enquiry. I guarantee you, the view will be the same: Kaura only enkindles nepotism so much that he awards contracts to family companies he partly owned. A lot of properties are massively being purchased in Bauchi by secret buyers linked to families of the governor. There is an embargo on recruitments, transfer of service or replacements in the state, but in a bizarre circumstance, his family members were secretly absolved into the state civil service in direct violation of the state protocols.

2. His roads construction projects are increasing hardships. Billions of naira were awarded in contracts for the construction of roads in the metropolis by companies who do not employ the jobless labourers inside Bauchi. Frittering away billions in contracts that cannot create multiplier effects is a bad policy that can only create more hardships. You may find my words hard to believe, but Bauchi is poorer than it was four years ago.

3. Failure to learn from his predecessor’s mistakes. Muhammad Abdullahi Abubakar was voted out over his total disrespect to traditional institutions, pomposity, Buhari’s effects with many people blaming him for hardships instead of blaming Buhari. For Kaura, the brutal mistreatment of civil servants in the state, meddling in the affairs of traditional institutions as evidence by the suspension and subsequent reinstatement of Emir of Misau for allegedly aiding and abetting herdsmen, but to many an observer, the emir was just being persecuted for not supporting the governor in the electioneering. The governor’s stressed relation with Yakubu Abdullahi, Wakilin Birni and the latter’s suspension from a traditional title for indiscipline, has raised eyebrows at the way the governor is steadily pushing the non-partisan traditional institutions beyond its limited capacities.

4. House Divided. The Bauchi State Government can be summed up as “marriage of inconvenience.” His cabinet consists of his political allies who helped him win election, with fewer technocrats to actually implement life-changing policies. Political ambitions in his cabinet created a stealth struggle for scheming, opposition research and blackmailing. His aides soon divided so are their loyalists. Social media in Bauchi is always staturient with attacks and counterattacks among loyalists of the governor’s aides. They are too divided to save PDP. A Hausa adage has it that “You need an insider to conquer a town,” luckily there are many insiders among the governor’s trusted aides.

5. Buhari’s Factor. Bauchi State has never disappointed Buhari. They have always massively voted for him. Don’t mind this populist anger at Buhari in his base, he is still popular and people are willing to massively vote for his interests. Bauchi is an asset like Kano, APC cannot afford to lose in 2023. The loss of the state to PDP’s surprised win would have forced the party’s strategists to learn from the defeat and work to retake the state, and looking at the strong candidates in the APC, looking to dislodge Kaura, and given the troubles that deluge him in and outside his political base, we can deduce from all this that Bauchi is up for grabs, and the power of incumbent may not help Kaura save his seat.