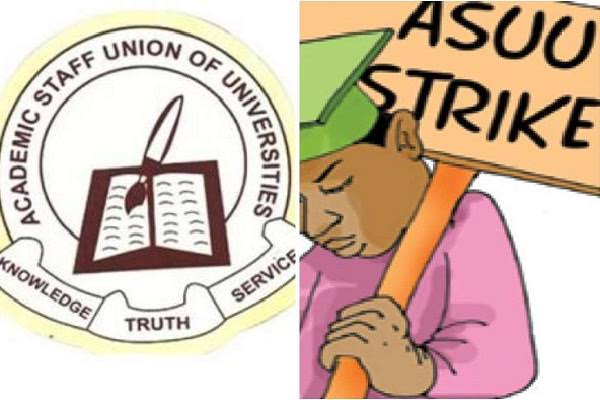 The lingering strike of the university based unions (ASUU, SSANU, NASU and NAAT) have crippled and paralyzed all activities in public universities. The multiplying effects of the strike is enormous, ranging from halting academic activities which causes delay in graduating our teaming undergraduate and postgraduate students, collection of results and transcripts are now on hold, non processing of payment for contractors, shutting down of medical centres, thus, staff and members of the community cannot access medical services, the taxi drivers whose daily bread relies on it are also affected, the provision store/restaurant owners are also dying in silence.

In fact, the strike have directly or indirectly affected each and every Nigerian. Some university equipment such as computer systems and machines must have developed some faults. Rats have a free hand to dance and consequently damage some of the important university documents. This is to tell you that even the universities got affected by this strike as they incurred some losses which require huge amount of money to recover. This is indeed a source of concern to any right thinking person.

More so, our students are at home for nearly six months due to the ongoing strike, some have turned to political thugs, some have indulged in dubious activities while some engaged in criminal activities. It is glaring that parents and guardians also felt its impact because their dream of seeing their children graduating remains a mirage.

These unions have presented their demands to FG which led to the setting up of Prof. Briggs Committee but it didn’t yield any positive result. The religious clerics, the traditional leaders and even the leadership of the national assembly have done their best to see the end of this strike but to no avail. However, people expect that the two days protest organized by the Nigeria Labour Congress (NLC) will ultimately resolve the ongoing strike but it has not given birth to any meaningful effect. The two week ultimatum given to the Minister of Education lapsed without anything to show, thus, no any sign of commitment.

From my viewpoint, I realized that there is a mixed reactions in the ongoing strike of the university workers but a lot of Nigerians are not sympathising with ASUU and other striking unions. You can align with me if you keenly observe the comments of people in both broadcast/print media as well as the social media platforms. Some Nigerians are even of the opinion that all university workers should be on contract appointment. However, just of recent, a member of the National House of Representatives advised FG to privatize public universities. It seems Nigerians are fed up with the incessant strikes in our public universities. Many people have been asking “is strike the only means for resolving industrial dispute? Universities being a reservoir of knowledge, why can’t they devise another alternative aside from strike?” I once heard a Dean of a faculty in one of the private universities said, leadership of university based unions need to undergo a special training on conflict resolution.

The question is, what exactly do these unions want. The answer is not farfetched. Among others, they want FG to improve their welfare, substituting IPPIS as a payment platform with UTAS/U3PS then release of revitalization fund to universities. These demands are all genuine and worthy of quick implementation by the FG.

In return, the FG is saying that due to paucity of funds in the country courtesy of global economic crisis it cannot respond positively to some of the demands particularly that of salary increment. The FG’s body language has shown that it is ready to increase the salary but not as higher as expected. I think FG is afraid of setting a precedence which may turn out to be a bit difficult to contain with as doctors are watching likewise staff of other agencies.

Moreover, FG is slightly harsh on the striking university workers by withholding their salaries for months. To the best of my knowledge, I am pretty sure that no amount of hardship which FG can impose on them that can compel them to call off the strike.

As it stands, the FG and the university based unions waged a war which will be difficult to reach an agreement in a near distant time. From the look of things the attention of FG is geared towards curbing insecurity in the country as well as preparation for the upcoming 2023 general elections. Well, it is good and equally important for FG to critically look at the damage which the strike may cause in the socio-economic, political and technological advancement of the country.

It is obvious that this strike has multifaceted effects in the country, therefore, in order to bring an end to it, the following actions need to be carried out:

1. All the university based unions (ASUU, SSANU, NASU and NAAT) should put their heads together and come up with demands that can be acceptable to FG. For instance:

a. SALARY INCREMENT – They should take cognizance of the nation’s financial predicament and demand for at least 100% increment.

b. EARNED ALLOWANCE – They should also request for at least 50 billion naira for earned allowance with equal share among the unions.

c. PAYMENT PLATFORM – This is very sensitive. However, all the unions have kicked against the use of IPPIS, therefore they should suggest to FG to marry the three platforms (IPPIS, UTAS and U3PS) and come up with the new payment platform.

d. REVITALIZATION FUND – Looking at the deplorable condition of public universities, at least 100 billion naira should be requested.

d. OTHER DEMANDS –
Each union has its own peculiar demands, they should therefore carefully digest and deliberate on them and subsequently submit something that is realistic.

It is indeed worthy of note and appreciative that the unions equally struggle towards improving the excellence of state owned universities, but is good to know that no amount of pressure can force state governors to act as they wishes. The revenue generation and financial strength of each state varies.

However, the rubbing of minds, team work and working towards a common purpose/goal by the university based unions can give FG a sense of direction and rush to the demands of the striking workers which may subsequently bring an end to the strike.

Moreover, they don’t need to wait for FG to invite them for a meeting, they should write a letter stating their demands which should be duly signed by both unions.

2. In return, FG should reciprocate the sense of purpose of the striking unions and implement the demands as requested without further delay. But in the event that the demands are hard to implement, FG should quickly invite them for a roundtable meeting to deliberate and find a neutral ground. This will save time, energy and even resources.

3. Abusing, condemnation and criticizing FG and university based unions cannot solve the problem but rather trigger it, hence the need for prayer.

I hope the above suggestions will be considered and put to use which may subsequently end this lingering strike!